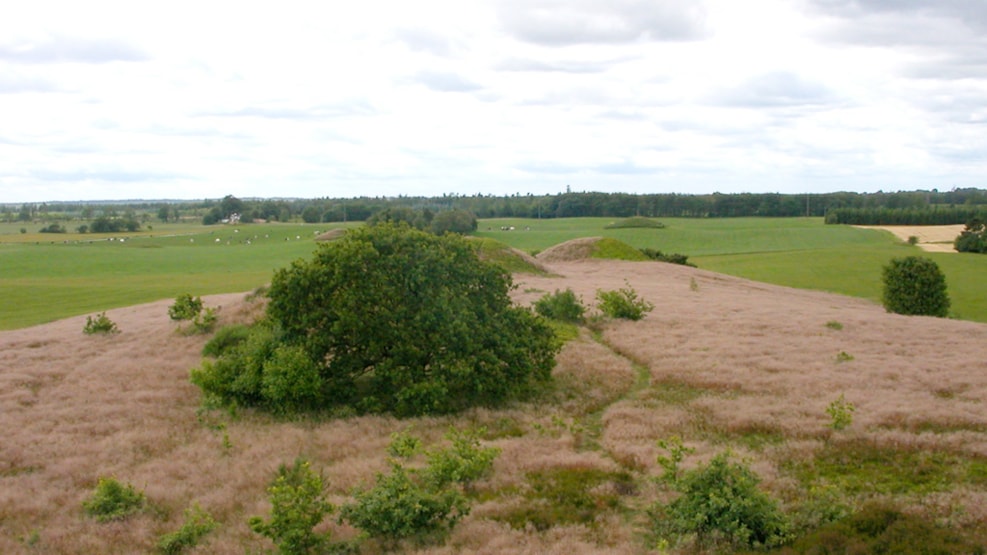 Firehøje is located a short distance north of Randbøl Church along Hærvejen south of Gødding Skov, and the four burial mounds from the Bronze Age are located in way that you can easily spot them. From the top of the four blueberry-covered mounds there are good views to several other mounds. At Randbøl Church, King Rans Høj is located in the cemetery.

The 7.5-acre large heathland situated north of Randbøl Church was named after the four Bronze-Age grave mounds – Firhøje and Kong Rans Høj. There are magnificent views from the top of the four blueberry-covered barrows.