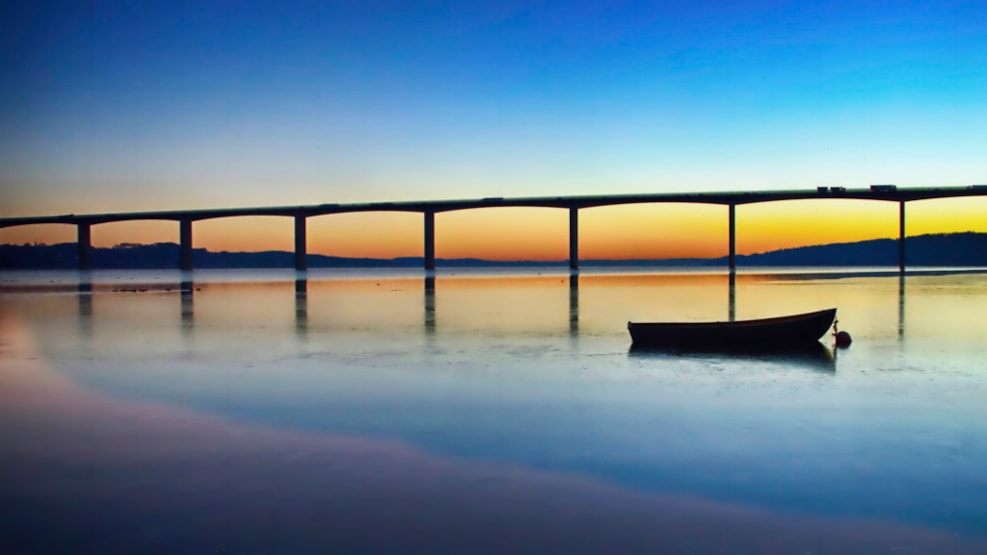 You can experience the magnificent bridge, Vejlefjordbroen, close by at the Vejle Fjord around Vejle Marina and at Nørreskoven. The bridge over Vejle Inlet was completed in 1980 and is a classic example of a beam bridge, where the bridge deck rests on a number of pillars. The Vejle Fjord Bridge has a total length of 1712 meters, which makes it Denmark's sixth longest bridge.

Towering above Vejle Inlet, the impressive Vejle Bridge connects Mølholm in the south with Nøremarken in the north. The Vejle Bridge can be experienced close-up from Dyrehaven (the deer park) in Nørreskoven or from Vejle Marina.

Construction of the Vejle Bridge began in 1975, following fierce lobbying from local politicians and citizens in Vejle. In the past, traffic was routed through Vejle town itself along the old dual carriageway No. 10. Up through the 1960s and early 1970s, traffic became increasingly congested in the town centre. In 1974, the Danish parliament decided to construct a new motorway from Kolding to Vejle, which included the bridge over Vejle Inlet, and on 1 July 1980, the much-needed motorway bridge could be inaugurated. Price: DKK 350 million.

Since the bridge opened, the traffic on the Vejle Bridge has increased so much that today the bridge is Denmark’s busiest motorway bridge. Figures from the Danish Road Directorate show that, on an average day, about 50,000 cars cross the bridge.