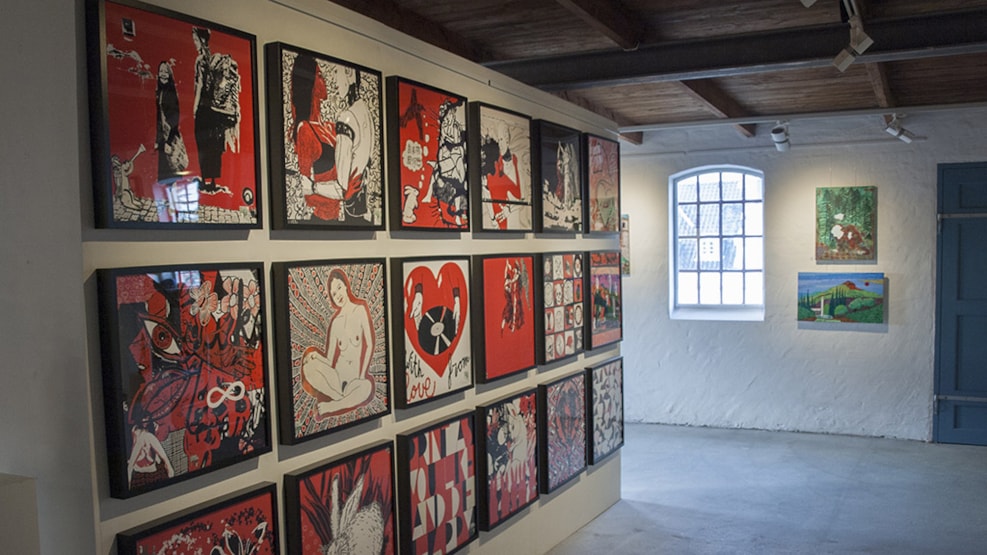 Vejle Kunstforening (Vejle Art Society) is housed in Vejle Windmill, where different art forms are exhibited all year round. The society primarily seeks to convey and promote an interest in art.

Vejle Kunstforening was founded on 11 March 1932 on the initiative of ophthalmologist Henry Fabricius Jensen (1896-1984), himself an artist. The purpose was to exhibit art by artists from some of the nation’s most remote locations, including Copenhagen and Bornholm. This has changed somewhat since.

The society has been housed at many different locations. From 1988-2016 the premises were located in Præstegyde where the gallery in the old Møhls Gaard was called KUNSTBRÆNDERIET (i.e. ‘The Art Distillery’). Søndergade was in the early 1900s home to several merchant houses that produced all sorts of items, including brandy, hence the name. In April 2016, the society relocated to Vejle Windmill, high above the rooftops of the city. The new facility held its first opening on 2 April with an exhibition by Vibeke Nørgaard Rønsbo, an event that received 150 visitors.

Every year in March, the society holds its General Assembly. Here, 200 of the society’s approximately 500 members traditionally turn up where lots are drawn with a chance of winning 40 works of art. Always an enjoyable evening.

Vejle Kunstforening is only open when there are exhibitions – visit the website for information: www.vejlekunstforening.dk