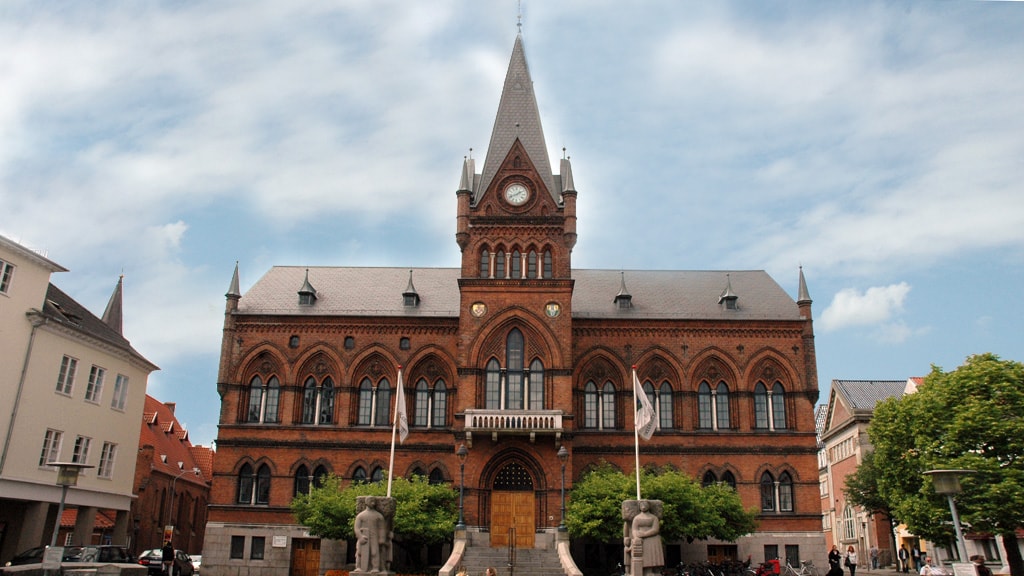 Vejle Town Hall (Vejle Rådhus) was built in 1878–79. The current building is the town's fourth town hall and is situated on the original location of a medieval convent. Today, the town hall houses the Vejle council chamber on the upper floor.

The old town hall by Gammel Torv was raised by fire in 1530, and the current building was constructed in 1878 as Vejle’s fourth town hall. The town hall bell, which sounds every day, is the same bell that once called the monks of the medieval convent to mass.

Only visible from the outside